I LOVE flying. Really truly love it. I love all the stuff about travel and adventure and places unknown (or returning to places known) and all that. But what I truly really love about flying is looking out the airplane window – day or night, clear or cloudy (ok, clear is much better). I just love looking down on our dear Earth below and seeing it from above, with all the natural and man-made patterns, places or geographic features that I know and all the things I don’t recognize and want to know more about.

I’m actually writing this from a plane right now – somewhere over the North Atlantic (just south of Iceland according to the onboard map). We’re headed Westbound – following the sun – from England to Minnesota. We left late afternoon – I figured we’d hit ‘night’ sometime around Greenland.

What I hadn’t counted on at all was looking out the window and seeing Night while still in Day. But there it was: the part of the sky the sun didn’t reach, visibly arching over the horizon. It looked like this: 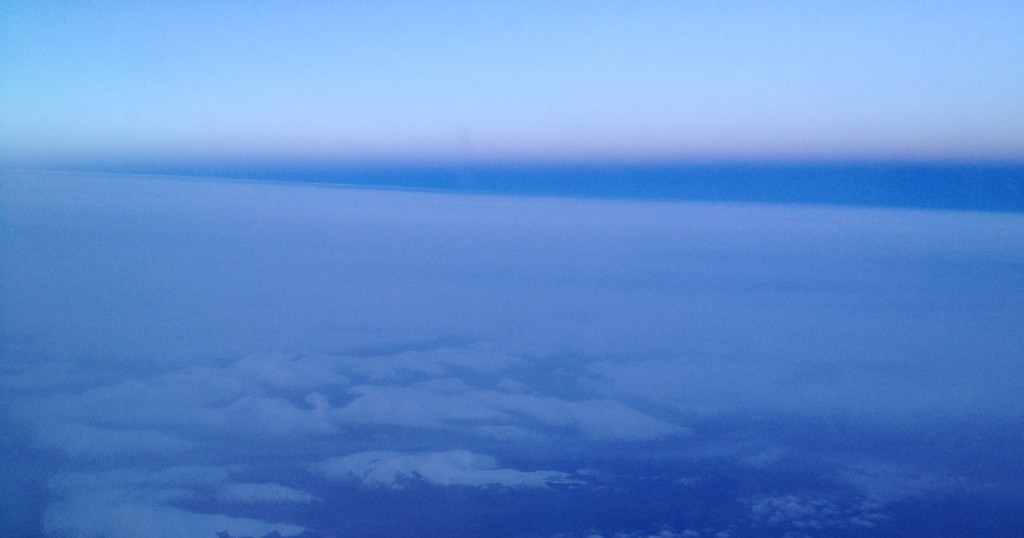 It really made me think (isn’t it funny how high altitude thinking – that is, from a greater, broader perspective – actually happens at high altitudes?!). I was thinking deep thoughts about – yep, you guessed it – ‘night and day.’

Here’s how it went: So what do we really know anyway? There’s so little in life that is ‘night and day’ for me. The more I learn, the more I question everything, and the more I realize I don’t know anything – that we, humans, really don’t know anything. Ok, astrophysicists like my cool cousin Bob are engaging their brains at a level I can’t even imagine. And there’s the level of Einstein. But even if we say that the really smart people of the world know 100 times more than I do – which they may or may not (See? This is my point – we can’t even figure out how to measure intelligence), it seems to me that as humans our knowledge base doesn’t even account for the very tip of the very tip of the iceberg.

So what do I really know – besides that I love to look out of airplane windows? I’ve certainly developed an entire belief system and philosophy around life, how to live, and the world. But that’s just it – it’s a belief system that I’m constantly assessing and re-evaluating and adapting what works for me.

I know people who have very strong beliefs systems – religious or otherwise. They have 100% conviction in their beliefs. Things fall much more neatly into ‘night’ or ‘day’ for them. I don’t have that so much. Sometimes it’s the Byron Katie voice in my head asking “Is it true?” Other times I’m just conflicted on whether I should do A or B.

Coincidentally, as I’ve been writing this and looking out the window, “day” and “night” have become less clear, less differentiated. I feel as though I’m on the cusp of both day and night – straddling the edge of clarify.

Well, nothing new there – except that now I have the visual to go along with it: 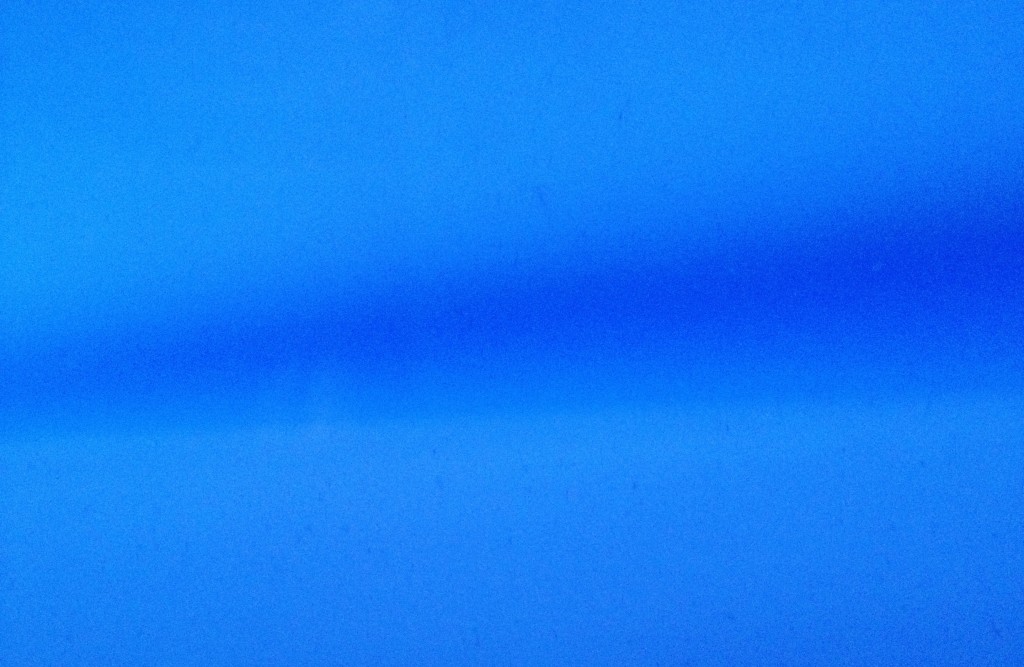