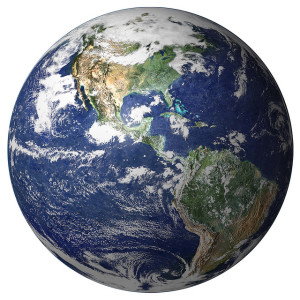 I hadn’t realized that it was actually Steven Covey in “The 7 Habits of Highly Effective People” who, in 1989, coined the concept of abundance mindset vs poverty mindset (he called it abundance mentality). Then again, I think I only ever got through Habit 2 of that book.

But with the popularity of the concept of the Law of Attraction, there’s lots of talk about the abundance mindset. The Law of Attraction espouses the idea that like attracts like. Or, that our thoughts and beliefs attract what happens in our lives (or in some cases how we perceive and experience what happens).

The abundance mindset, then, is the idea that we attract ‘abundance’ by believing we are experiencing and deserving of abundance (I’ll leave the whole discussion about limiting thoughts and beliefs for another post). On a more material level, Wikipedia describes it as “a concept in which a person believes there are enough resources and success to share with others.”

But that opens up a whole ‘nother can of worms, as happened when I asked a environmental scientist friend of mine (who is also very spiritual) what he thought. Basically, he was appalled at the whole Law of Attraction philosophy. And, even though I’m a fan of it, I totally get his reaction. After all, aren’t we consuming resources at a rate much faster than what the planet can handle as it is? The whole thing can seem so selfish and greedy.

This is the shadow side of abundance mindset. And as there’s a tendency in most people to make their self-worth conditional on their material situation, the starting point of the abundance mindset is that they need more to feel good about themselves.

What if you took your current situation, exactly as it is, and decided to experience your life as being full of abundance? What would change?

Julia Cameron says Abundance “isn’t your cash flow…It’s a sense of being rooted in a safe, spiritual world where there is a benevolent force that wishes us well.”

What if that’s what everyone really truly believed?

And what if every single person believed so thoroughly in the Law of Attraction that they knew they would always have what they needed, whenever they needed it?

What occurred to me is that no one would ever need to hoard, to save, to guard or protect. In that case our material requirements would significantly diminish, along with our resource requirements. It might actually result in a sustainable world.

It’s a utopian view, but one that’s been bouncing around in my head for a while.