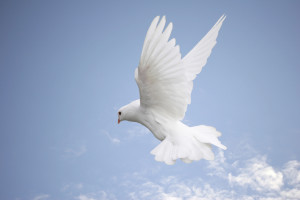 [I recently revised my definition of forgiveness so am reposting it here. What do you think?]

I’ll never forget sitting in a pub located in a deconsecrated church in Dublin, Ireland, having a conversation about forgiveness with a friend. He just could not understand how I could forgive certain situations and people.

For years I’ve thought about what I wanted to add to that conversation, so I’m finally taking that opportunity. For whatever reason, it’s much easier for me to start with what forgiveness isn’t…

But it is also NOT:

So what IS forgiveness? For me, it is a release, a letting go, of the powerful attachment to anger, judgement, vengeance and resentment. It’s a choice to simply not carry that energy, to be at peace with the situation, to surrender. It is a choice to see the humanity in everyone. It is a faith in a higher order to the universe that is beyond my comprehension.

From there it also becomes the choice to live life from a more positive place, to live in the present without being bound to the past.

It’s a much happier place, which is why this definition works so well for me!