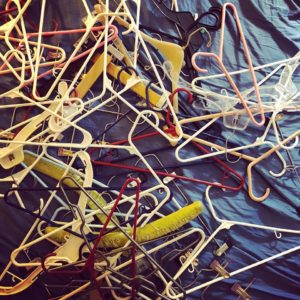 I’ve known for quite a while that autumn is the best time of year for decluttering. It’s natural! Nature is starting it’s process of pulling in and down, of letting go. Regardless of how connected we do or don’t feel to nature, it’s going to have an effect on us, calling on us to do our own process of releasing, urging us to create space for the quiet recuperation of winter.

So you would think that I would expect to hear from people about decluttering, but I was still amazed when no less than 5 people in the last week mentioned, without any prompting from me, that they wanted to or had been decluttering.

When my friend Sarah showed me her before and after photos, I asked if I could share them here. Now, I didn’t have anything to do with this project, but isn’t it inspiring?! 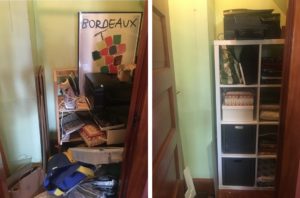 My own decluttering lately has focused on magazines. Since starting facilitating SoulCollage 5 years ago, I have collected quite a stash! So I’ve been going through and pulling out usable images for collage and recycling the rest.

If you’re getting the urge to declutter but need some help to get going, check out my decluttering services or just get in touch.

(For the record, I also had nothing to do with all those hangers that had been released from the burden of clothes. Thanks for that photo goes to my friend Michelle Dwyer.)